The Trip to the Pacific Garbage Patch

December 06, 2019
(My name is M&M) I was thrown into a garbage can after I was used from The Mystical Smoothie Palace.

The wind was blowing and the garbage can was filled past the top, so I got blown off. I started rolling away towards the ocean. On my way to the ocean it was very rough because while I was rolling with the wind about 1 million people stepped on me (It was actually 20 people). I was flattened badly, but luckily I couldn’t feel a thing. A seagull tried to eat me but thought I didn’t taste good enough (thankfully). The wind kept blowing me until… I saw the sea for the first time!!! I’ve only heard tales about it from my old buddies, 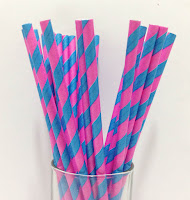 but this is better than I ever imagined!!! I can’t wait to get in!!! The wind blew me faster than ever, until I wasn’t rolling anymore, I was flying over the ocean!!! I’m in the ocean!!! The fresh smell!!! I was floating deeper in the ocean as I heard the waves roar faint away. Soon, I couldn’t see the shore, but I still heard voices. I turned around and saw……….a whole group of garbage!!! We introduced each other, their names are Billy(traffic cone), Nadia (water bottle), Taylor (plastic sprite bottle), Leah (a flip-flop), Campbell (water bottle), Brielle (McDonald's toy), and Sebastian (dog bowl). We chatted about how we ended up here. Sebastian had some doggy chow to snack on and it STINKS!!! 3 days later... We were at the Pacific Garbage Patch!!! We stayed at the garbage patch  for 1 day and then it got boring. Every piece of trash there had no sense of humor! Even when I told the funniest jokes!!! The wind started blowing hard, so my friends and I started floating out of the garbage patch! Once we were out of the garbage patch the wind started to 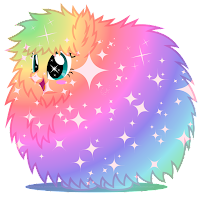 settle. We heard a noise. It was an odd noise. It was coming from........ a fat, fluffy whale(It was really soft, no joke:)!!! Its giant mouth was open and swallowed us whole. We were all scared, but once we were in there was a ton of humorous pieces of trash. It was paradise! We partied all day and all night (We weren't exactly sure when was night or day because we couldn't see the sky). It was so fun. We all stayed there until......
The End

Popular posts from this blog

File uploading. Since GraphQL doesn’t understand files, a file uploading feature is not included in its specification. You won’t have to deal with this limitation in case of REST, as there you can POST or PUT whatever content you want to.
To allow file uploads in your GraphQL web app, there are several options: using Base64 encoding. But it will make the request larger and expensive to encode/decode.making a separate API endpoint just for this purpose.using a library like Apollo for implementing the GraphQL multipart request specification.uploadFileToS3:combineResolvers( // isAuthenticated, async (parent, args, { models }) => { const { file } = awaitargs const { createReadStream, filename, mimetype, encoding } = awaitfile conststream = createReadStream() constresult = awaituploadFileToS3(filename, stream) returnresult } ),
2 comments
Read more

March 12, 2020
When, in your opinion, is it appropriate to do styling in CSS and when is it appropriate in JS?
CSS for component placement, Styled Components for elements
https://getstream.io/blog/styled-components-vs-css-stylesheets/
Post a Comment
Read more